Original wooden rocking horse from Greece. It was donated in 2000 to Cavalier Catelli from a Greek Island Spice’s girl named Evangelina Manitaras. As a child Evangelina had never separated from a small Chicco’s stuffed animal and to thank the creator of that her inseparable companion, began to write to Cavalier Catelli. Thus began a long correspondence between them and some small gift. After high school Evangelina had been accompanied by his father, the Island’s postman, in Italy to meet the Knight Catelli. In memory of this meeting between two "pen pals" remains this horse. 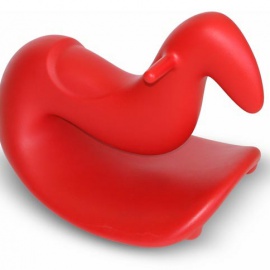 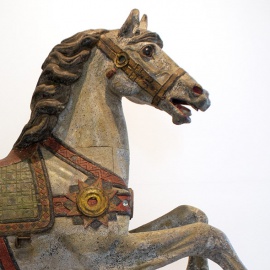 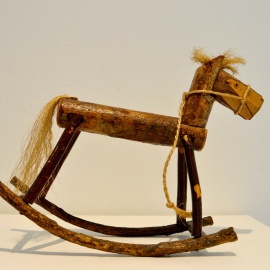 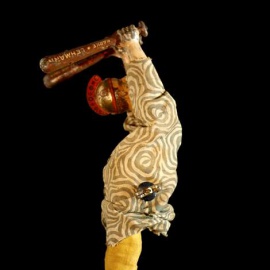