Particular pressure horse dated in the thirties / forties of the twentieth century. It comes from America and in particular from a factory in Chicago that had given him the name "Charlie Horse". At the Museum instead was been baptized Max: a sound more raw and synthetic just like this toy horse is. The horse looks like stylized so much to have only the idea and the face’s shape of a horse. In November 1936 it was promoted on a popular science magazine for its unique way to proceed. The horse, made of metal with rubber details, forward when the rider puts pressure on the saddle thanks to a clever mechanism borrowed from leaf springs, shock absorbers of the truck’s wheels. 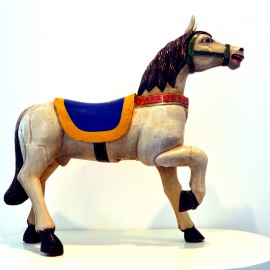 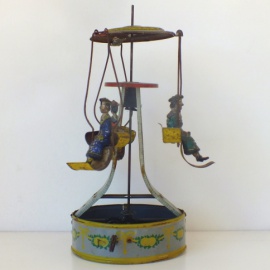 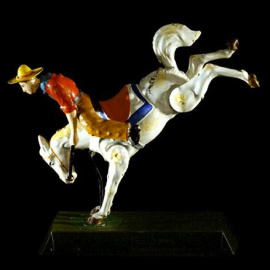 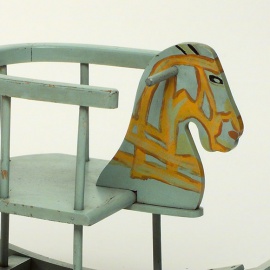