It is a forerunner of the tricycle. It was made in France in the 1840s/1850s, under Napoleon III, the emperor it is named after. It embodies all the elegance and sophistication of the historical period that produced it, namely the Second French Empire. It is one of the Museum's oldest and finest pieces. It has an iron head and wooden body. Napoleon III moved thanks to an ingenious mechanism: an iron chain , operated by the handles in the ears, would make the wheels turn. 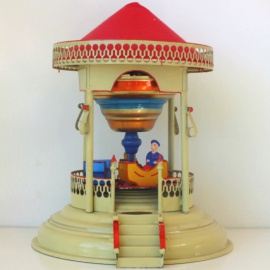 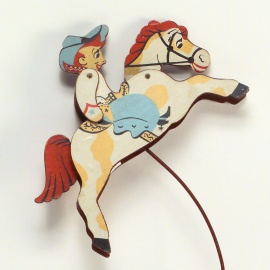 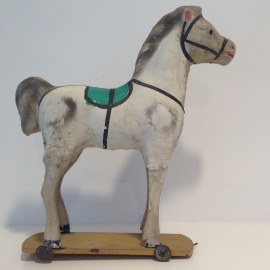 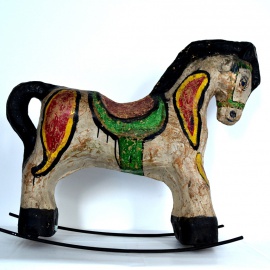